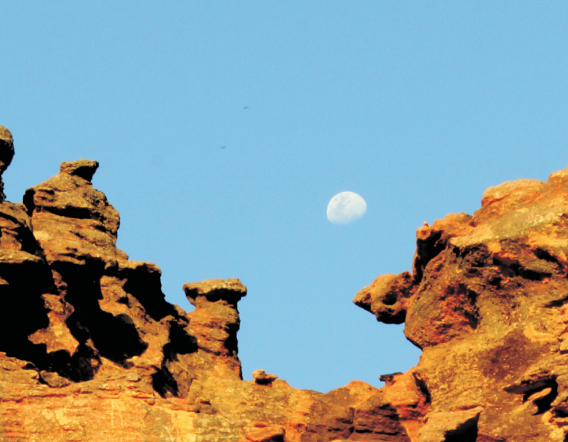 Rock climbing and Bouldering in the West Coast Region.

Throughout history, since man met rock, rock climbing has been a necessity for gathering food, reaching hunting grounds, invading and settling into new areas, or even finding shelter and protection in caves and on rock ledges. It is only since the late 1800s that rock climbing has become a sport, rather than a means for getting from point A to point B.

The Victorian era is well known as a period of time when nature and study and exploration of the natural world was extremely fashionable. This interest led to rock climbing taking off as a sport in its own right, rather than just being a component of mountaineering, although it was not until the le 1950s that it was finally regarded as a standalone sport by the man on the street.

Mountaineering (or alpine climbing) is the oldest and most adventurous type of climbing. It is also the most dangerous and requires a lot of skill to get up a mountain and back down again safely. A mountaineer has to be good at climbing rock, snow and ice, all the while being aware of all-natural hazards, such as rock-falls, avalanche, lightning etc. and having the knowledge of taking care of himself and partners in normal and extreme conditions. Cooking skills, medical skills and cultural knowledge are all helpful when mountaineering in different countries and remote mountain areas.

Sport climbing is a form of rock climbing that relies on permanent anchors and, possibly, bolts fixed to the rock for protection (in contrast to traditional climbing, where rock is typically devoid of fixing anchors and bolts and where climbers must place removable protection as they climb). Since the need to place protection is virtually eliminated, sport climbing places the emphasis on gymnastic-like ability, strength and endurance as opposed the adventure, risk and self-sufficiency which characterise traditional climbing. Since artificial means are used primarily for safety rather than to make upward progress, sport climbing is considered a form of free climbing.

Bouldering is a style of rock climbing undertaken without a rope and normally limited to very short climbs over a crash pad (called a bouldering mat) so that a fall will not result in serious injury. It is typically practiced on large natural boulders or, sometimes, at the base of larger rock faces. It is also practiced on artificial boulders in gym and outdoor urban areas. No special gear is required apart from a pair of tight rubber shoes, a bit of chalk and a crash mat.

Top rope climbing (or top-roping) is a style in climbing in which a rope, used for the climber’s safety, runs from a belayer at the foot of a route through one or more carabiners connected to an anchor system at the top of the route and back down the the climber, usually attached to the climber by means of  harness. Assuming that the route is predominantly bottom-to-top; that the anchor holds; and that the belayers pays attention, the top-rope climber generally will not fall more than a short distance and can thus safely attempt even the most difficult routes. Most top-rope anchors can be reached through non-technical mean, such as by hiking or scrambling to the top of the cliff. Top-roping is often done on routes that cannot be lead-climbed for one reason or another. It is the most common style used at indoor climbing walls and is also used in situations where other methods would be unsafe or environmentally damaging. Top rope climbing is very useful in teaching beginners to intermediate level.

Free solo climbing, also know as free soloing, is a form of free climbing where the climber does not use any ropes, harnesses or other protective gear while climbing and relies only on his or her physical strength, climbing ability and psychological fortitude to avoid a fatal fall.  This style should not be confused with general free climbing, in which gear is typically used for safety in case of a fall, but not to assist the climb. Fee solo climbers are generally regarded as either complete idiots, climbing geniuses or, apparently Siberians. As members of all three these groups regularly die in their efforts, this style of climbing is highly NOT recommended.

With the warm sun on your back, hard rock in front and nothing but thin air all around you, rock climbing is an adventure sport for those with no fear of heights and a serious adrenaline addiction. South Africa has an abundance of ragged cliffs and soaring mountains suited to all styles and levels of rock climbers, and the West Coast offers some of the best and most diverse rock-climbing locations in the world. From the glorious Table Mountain in Cape Town in the south, with breath-taking scenes of the city, ocean views and exquisite sunsets from its summit, to the magnificent Cederberg mountains two-and-a-half hours’ drive to the north, with its rugged natural beauty, world-class boulder areas and the best traditional rock climbing routes, climbers will be spoilt for choice.

The West Coast region and, in particular, the Cederberg mountain area, has some of the most breath-taking rock formations in the country and the magnificent outcrops are a rush for any adrenaline junkie. Attracting some of the best climbers in the world, these rocks have become world famous over the past decade for their technically challenging climbs. The numerous large, stand-alone boulders are perfect for honing the more technical aspects of rock climbing and bouldering.

Long recognized as a place of great beauty and for its diverse array of local wild flora and fauna, rooibos tea, numerous San rock art paintings and excellent wine farms in the area, the region around Clanwilliam and the Cederberg mountains provide an ideal setting for leisurely holiday breaks for non-climbers as well. But for the serious rock climber it is a heaven on earth.

It is important to note that the area falls under the protection of CapeNature and permits are required for rock climbing and bouldering. Information on routes, permits, general rules and ethics, accommodation and amenities, etc. are available at the Clanwilliam Information office and from CapeNature. There are several rock climbing & bouldering areas between 20 to 80 kilometres from Clanwilliam.

This rugged piece of wilderness is one of the eight protected areas of the Cape Floral Region heritage site, a place of outstanding floral beauty, with magnificent fynbos. Home to sunbirds and sugarbirds, springtime is a colour burst of daisies, vygies and other wildflowers, while winter may bring a dusting of snow. The night skies are awash with twinkling stars. The gnarly orange cliffs, remote rough sandstone boulders and steep Cederberg crags are very popular with both international and local visitors. The vast number of magnificent boulder problems made by Rocklands famous amongst bouldering enthusiasts, who come from all over the world and make an annual pilgrimage here every winter, but the area also has an impressive range of top-quality sport climbing routes.

The rock is steep, often overhanging, solid sandstone that eats away at one’s hands. Climbing is on spread-out crag and some study is required to decide the best area for one’s abilities. Most of the bolted routes are in the intermediate grade or higher, but there are some suited for novices. It is very hot during the summer months, but winter has many sunny days here, so this is a good crag for winter.

Access is from the top of the Pakhuis Pass about 21 km on the road from Clanwilliam towards Calvinia. It requires a 30-minute walk-in down the jeep track and through the gate to the bottom of the hill and you will find Wild West Wall, the nearest crag, off the left. The Biscuit Wall and the Island are further on in the lower rock band to your right, while the other crags involve a rather steep climb up to the big orange faces of the upper cliffs. You do require a permit, available from CapeNature or the Clanwilliam Info Office. Remember to take plenty of water with you.

Krakadow is in the remote northern Cederberg, about 34 km from Clanwilliam. Popular with traditional climbers, it is an imposing venue with somewheat intimidating routes on the southern and western sides of the Groot Krakadow peak and some fun single-pitch routes on the middle Krakadow.

Nothing easy here, the routes are excellent, with some challenges and some described as “a masterpiece in route finding” and climbers here also need CapeNature permits.

From the parking lot there is a 20-minute walk-in along the road to the Heuningvlei hut, then leaving the road and crossing a stream heading south, followed by a walk up a steep path to a small plateau, where a pointy beacon and a clearly marked route to the summit can be found. However, the routes are not easy to find and it is suggested that you go with someone who has done the route before on your first visit. The last reliable water source is at the top of the valley and is a good spot to camp. There is also a south-facing cave 250 m north-east of the southern summit beacon that can sleep several people.

Tafelberg (Moderate, not suitable for children)

About 46 km from Clanwilliam, the great walls of Tafelberg, which dominate your view as you drive through the central Cederberg, have long attracted rock climbers. The peak is close on 2 000 m high and has a rock band of about a kilometre long. There’s no shortage of great routes and plenty of opportunity for the adventurous to open new lines. It’s a long, rough walk in (240 minutes), but the bizarre landforms, the incredible views and the chance to climb on stunning rock in such a wild, exposed location more than make up for the toil.

‘Tafelberg Frontal’ is a classic novice climb that takes an ingenious wandering line up the main face. The main wall faces west so in the summer you can climb in the shade until early afternoon. The east-facing wall also has some good routes and is a good place to climb on chilly mornings when the rising sun warms the cockles and more importantly the fingers. The best climbs, however, are probably on the compact rock of the cooler south face. There are also some great routes on the 20m-high vertical sandstone tower of the Pillar Box at the foot of the gully; on the Spout and in the descent gully.

Tafelberg is a big, remote mountain so don’t underestimate the nature of the climbing here. Go prepared for bad weather at any time of the year it is not uncommon to have snow even at Christmas time.

Permits must be obtained either from CapeNature or from of the Cederberg resorts.

Wolfberg (Moderate, suitable for children) – Situated in the Southern Cederberg