Home / articles  / Sailing the Berg and the Bay

Sailing the Berg and the Bay 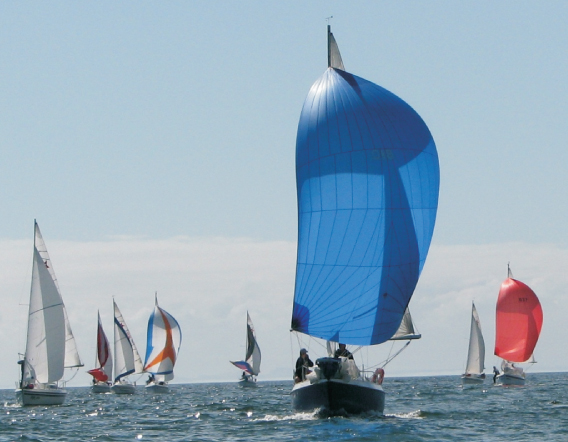 The Berg River is one of the longest navigable rivers in South Africa. Add to this the excellent boating opportunity of St. Helena Bay and, as combination, it is hard to beat, and irresistible to avid sailors.

Few people know that the Berg River is one of the longest navigable rivers in South Africa. It is also the river with the largest bird species diversity along the entire West Coast of Africa. Add to this the excellent boating opportunity of St. Helena Bay and, as a combination, it is hard to beat. In fact St. Helena Bay during a study was voted as the best sailing waters in South Africa.

From a sailing perspective, the combination of river and bay offer an ideal situation. There are two yacht clubs on the Berg River estuary, Velddrif Yacht Club and Port Owen Yacht Club. Both have built up a rich history of sailing on the river and bay and indeed the West Coast.

In 1998 the two clubs decided to hold an annual sailing derby. It was called the Great Berg River Race and has been sailed every year since on the same day, the 16th of December. Competition between the two clubs is friendly, but fierce and an interesting obstacle in the course is the road bridge that crosses over the river. As the sailing boats have masts that are too tall to go under the bridge, the sailors have to sail to the river bank, capsize their boats, drag them under through the bridge and re-right them again to proceed with the race. Only to repeat the process on the way back.

This gives rise to lots of thrills and spills and so as the two clubs battle it out on the river, spectators line the river bank and spectator boats jostle to get the best view spots. The Great Berg River Race ends with a braai at the host club and the winning team gets to take home the floating trophy.

There are other events too, like the annual Port Owen River Race, which is an annual event that started in 1999 as a friendly challenge between Imperial Yacht Club and the Port Owen Yacht Club. It has grown to a Western Cape Interclub Challenge and has become so popular that entries have had to be restricted and the event forms part of the Western Cape Sailing Circuit.

River racing brings two major new dimensions to sailing that dam or sea sailors usually don’t encounter. The one is the tidal effect within the estuary and the other is that the course is dictated by the meandering river and not the wind. Add to this that you sail past flocks of wading flamingos, spoonbills or herons and it becomes clear why sailors young and old keep coming back each year.

Port Owen Yacht Club which is legendary for its hospitality throws in breakfasts, lunches and its now famous snoekbraai to add to the competitor’s fun weekend.

Sailing or boating in the bay is equally spectacular. On the one hand you are sailing in the open sea, but due to the curvature of the land and prevailing winds you have exceptionally sheltered and calm waters. Add to this the myriad of different bays and harbours where one can anchor and it is not only a spectacular area for competitive sailing, but excellent for cruising too.